Learn more—and what you can do about it—in the Women in the Workplace 2017 study.

Read the Report Printer-Friendly Version
SIGN UP FOR 2023 STUDY

Women in the Workplace 2017 is a comprehensive study of the state of women in corporate America. This research is part of a long-term partnership between LeanIn.Org and McKinsey & Company to give organizations the information they need to promote women’s leadership and foster gender equality.

This year 222 companies employing more than 12 million people shared their pipeline data and completed a survey of HR practices. In addition, more than 70,000 employees completed a survey designed to explore their experiences regarding gender, opportunity, career, and work-life issues. To our knowledge, this makes Women in the Workplace the largest study of its kind.

Women remain underrepresented at every level in corporate America, despite earning more college degrees than men for thirty years and counting. There is a pressing need to do more, and most organizations realize this: company commitment to gender diversity is at an all-time high for the third year in a row.

Despite this commitment, progress continues to be too slow—and may even be stalling. One of the most powerful reasons for this is a simple one: we have blind spots when it comes to diversity, and we can’t solve problems that we don’t see or understand clearly.

We’re comfortable with the status quo

Many employees think women are well represented in leadership when they see only a few. Because they’ve gotten comfortable with the status quo, they don’t feel any urgency for change. Further, many men don’t fully grasp the state of women in the workplace, and some worry that gender diversity efforts disadvantage them. As a result, men are less committed to the issue, and we can’t get to equality without them.

We overlook the challenges women of color face

Many companies overlook the realities of women of color, who face the greatest obstacles and receive the least support. When companies take a one-size-fits-all approach to advancing women, women of color end up underserved and left behind.

Women remain significantly underrepresented in the corporate pipeline. From the outset, fewer women than men are hired at the entry level. At every subsequent step, the representation of women further declines, and women of color face an even more dramatic drop-off at senior levels. This disparity is not due to company-level attrition or lack of interest: women and men stay at their companies and ask for promotions at similar rates.

A closer look at the 2017 corporate pipeline

By the time women reach the SVP level, they hold only 21% of line roles. Since the vast majority of CEOs come from line roles, this dramatically hurts women’s odds of reaching the very top.

Women of all levels are less likely to interact regularly with senior leaders, yet employees who do are more likely to aspire to be top executives.

Contrary to conventional wisdom, women are not leaving their companies at higher rates than men, and very few plan to leave the workforce to focus on family.

On average, women are promoted at a lower rate than men. The biggest gender gap is at the first step up to manager: entry-level women are 18% less likely to be promoted than their male peers.

Despite representing 52% of the U.S. population and earning 57% of college degrees in this country, women make up 47% of entry-level hires.

Women face challenges at every step of the pipeline. Hover over each level to learn more.
Total percent of women and men per level in race and gender pipeline may not sum to overall corporate pipeline totals, as the race pipeline only includes companies that were able to supply race data. Due to rounding, representation by race may sum to 101 within some levels. 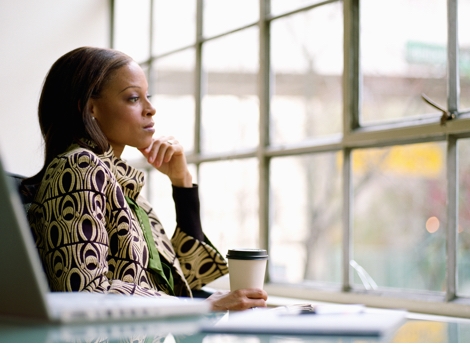 The workplace is especially challenging for women of color

The intersection of race and gender shapes women’s experiences in meaningful ways. Women of color face more obstacles and a steeper path to leadership, from receiving less support from managers to getting promoted more slowly. This affects how they view the workplace and their opportunities for advancement. Overall, two patterns are clear: compared to white women, things are worse for women of color, and they are particularly difficult for Black women.

What women of color experience

Managers advocate for them for an opportunity

Managers give them stretch assignments

Managers defend them or their work

They have equal opportunity for growth as their peers

Promotions are based on fair and objective criteria

The best opportunities go to most deserving employees

State of women in the pipeline

Men think women are doing better than they really are

When it comes to how women and men see the state of women and gender diversity efforts, there are striking differences. Men are more likely to think the workplace is equitable; women see a workplace that is less fair and offers less support. Men think their companies are doing a pretty good job supporting diversity; women see more room for improvement. Given the persistent lag in women’s advancement, women have the more accurate view. 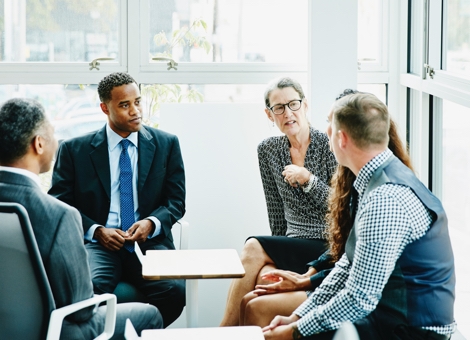 Women are less likely to think they have an opportunity to advance . . .

My gender has played a role in missing out on a raise, promotion, or chance to get ahead

I have equal opportunity for growth as my peers

. . . And that their companies treat people fairly

The best opportunities go to the most deserving employees

Promotions at this company are based on fair and objective criteria

Men think their company is doing a better job on gender diversity . . .

My company is doing what it takes to improve gender diversity

. . . And are less personally committed

The bar for gender equality is too low

At the first critical step up to manager, women are 18 percent less likely to be promoted than their male peers. This gender disparity has a dramatic effect on the representation of women: if entry-level women were promoted at the same rate as their male peers, the number of women at the SVP and C-suite levels would more than double.

Women get less of the support that advances careers

Women are less optimistic they can reach the top

Men are less likely to say gender diversity is a top personal priority and point to concern over de-emphasizing individual performance as the primary reason. Some men even feel that gender diversity efforts disadvantage them: 15 percent of men think their gender will make it harder for them to advance.

Find out what you can do

We can’t unlock the full potential of the workplace until we see how far from equality we really are. There are six actions companies can take to level the playing field, and this year we’re able to point to actions that are more common in top-performing companies. It is also critical that companies address the distinct barriers women of color face and get sufficient buy-in from men.

Special thanks to our participating companies, including:

Coming soon: Women in the Workplace 2020